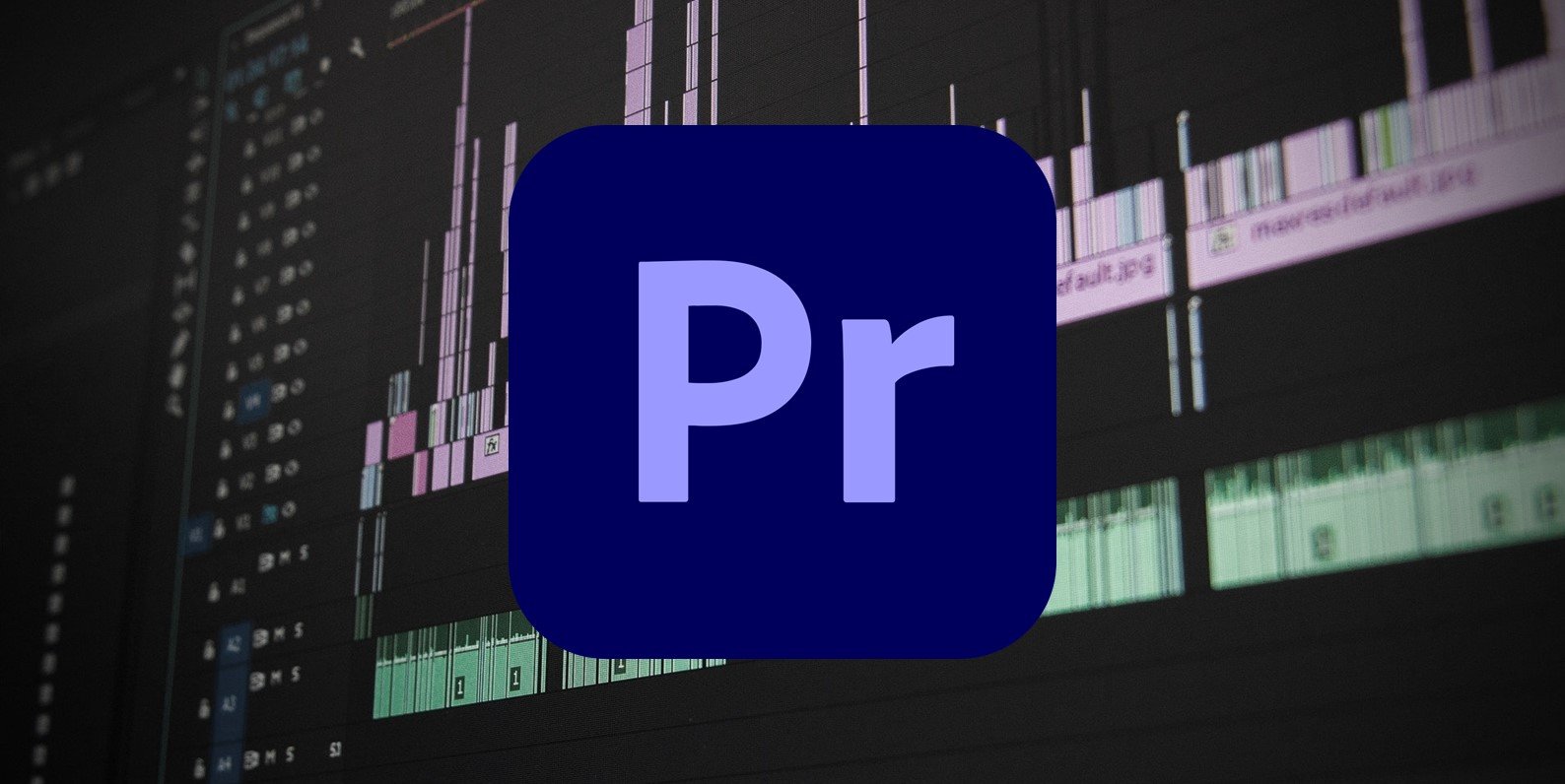 Are there any decent Adobe Premiere Pro alternatives out there in 2022?

In this list, I’m going to share some of what I believe to be the best Premiere Pro alternatives money can buy – or otherwise are completely free!

What to look for in a Premiere Pro alternative?

When doing my research for this, I’ve based my decision on the following features:

Perhaps the main reason people search for a Premiere Pro alternative is that they are put off by the monthly subscription cost of $19.99.

Well, I hear you!

That’s why I’ve tried to source as many alternatives that require a one-time fee (and work out cheaper than Premiere Pro after a few years use), or have a cheaper subscription price than $19.99 per month.

Gone are the days where 1080p video editing is the standard; now it’s 4K or even 8K that are taking over.

Adobe Premiere Pro can edit videos in 8K resolution rather easily. So, it’s only right that the best alternatives can achieve the same, or 4K at a minimum.

So, you’ll find most alternatives on this list can match up to Premiere Pro’s creative potential.

Runs on Windows and Mac

Since Premiere Pro is available for Windows and Mac, it’s only fair that a suitable alternative can be used on these systems too.

Some of these options on this list can even be used on Linux machines!

Please do drop me a comment below if you think I’m missing something and I can add it to the list.

If you’re familiar with the Premiere Pro interface, then you’ll be happy with FilmoraPro – they look pretty much identical!

A great thing about FilmoraPro is that they have a very generous free trial. You can play around with the full software for a long as you want. The catch? Well, there will just be a watermark on exported videos – that’s it!

To remove the watermark, you will have to purchase a licence. FilmoraPro can be purchased as a one-time fee ($149.99) or an annual subscription ($89.99); either way, it works out cheaper than Premiere Pro!

Perhaps the biggest attraction of using HitFilm Pro is the sheer number (>800!) of snazzy preset effects on offer. Unlike Premiere Pro, which requires input from its sister software After Effects, all editing and compositing can be performed within HitFilm Pro.

It’s also worth noting that FXhome also offer a completely free video editor known as HitFilm Express. Express is a stripped down version of Pro (you can see a complete comparison of features on their website), with additional add-ons available to purchase to suit your needs.

As with FilmoraPro, HitFilm Pro does have a trial without an expiry time limit (but exported videos will contain a watermark). So, be sure to give it a good try to see what it can offer you.

HitFilm Pro is by no means the cheapest Premiere Pro alternative on this list, coming in at $359 (~$22 per month over a year); however, this is a one-time fee, so will work out cheaper than Premiere Pro after a years use.

Final Cut Pro is one of the most popular Premier Pro alternatives for Mac users.

Since 2011, Apple’s Final Cut Pro has evolved to become one of the all-time video editing software around, albeit for Mac users only.

When it comes to motion graphics, Final Cut Pro relies heavily on its sister software Motion (~$49.99, one-time fee) for this capability. Saying that, Premiere Pro users will be familiar with this collaborative process since After Effects is often called upon to create motion graphics in the Adobe Suite.

Interested? Fortunately, you can grab a 90-day free trial to have a test yourself.

In terms of cost, Final Cut Pro will set you back a rather steep $299.99; however, this is a one-time fee, unlike Premiere Pro’s subscription model.

If you’re after a Premiere Pro alternative, but don’t have any money to commit, then have a look into DaVinci Resolve.

DaVinci Resolve is a single piece of software that is the Jack of all trades; it can perform video editing, color correction, apply visuals effects as well as motion graphics. In fact, DaVinci Resolve is so powerful that it is trusted by Hollywood professionals!

All of this power does come at some cost to you, albeit not a financial one. Mainly, it isn’t the easiest software to just pick up and run with. Also, you will need a fairly decent computer to be able to smoothly edit and render videos with Resolve.

As mentioned, there is no trial available because DaVinci Resolve is completely free.

You can also upgrade to their premium DaVinci Resolve Studio for a one-time fee of $295 if you would like even more features. Personally, I think there is no need to upgrade, as the free version already comes with way more capabilities that most people will need.

Get DaVinci Resolve For Free

VEGAS Pro is a one of the most highly-rated non-linear video editors around.

Originally published by Sony, VEGAS Pro is now developed by Magix. I actually remember using Sony VEGAS back when I was in my late teens to create YouTube videos – oh how times have changed!

If you’re after a more user friendly video editor that comes with just as many features as Premiere Pro, then VEGAS Pro may be your answer. However, a major downside to VEGAS Pro is that it is only available on Windows machines.

Interested? You’ll be glad to hear there is a 30-day free trial available, so you can give it a good test yourself.

After the trial, you can grab a copy of VEGAS Pro for a one-time fee of around $399. Alternatively, there is a subscription model that is the same as Premiere Pro ($19.99 per month).

PowerDirector 365 has a subscription model that is ~4x cheaper than Premiere Pro’s.

Designed to be a plug-and-play video editor, CyberLink’s PowerDirector 365 is a great choice for those who are finding Premiere Pro tricky to use.

Despite the simplistic interface, you will discover similar features to Premiere Pro including custom masks, keyframing, green screen options and motion tracking.

CyberLink’s PowerDirector 365 comes with over 3,000 assets, such as motion graphic titles, transitions and color effects (LUTs), with more added every month. There is also access to thousands of premium photos, videos and audio clips from the Shutterstock library.

Just like Premiere Pro, PowerDirector 365 applies a subscription model. But, instead of forking out $19.99 a month, you can get access for just $4.33 a month – that’s some difference!

Linux users in particular don’t really have a great deal of choice when it comes to picking a Premiere Pro alternative. Lightworks is a unique video editor because it works on all three major operating systems!

Depending on the price plan you pick, you will also receive the Boris FX and/or Boris FX Graffiti plugins. These creative add-ons give let you add awesome visual effects and motion graphics to your videos.

Lightworks does have a completely free version, albeit it is rather limited to exporting videos at 720p. For more advanced features, including the ability to export in up to 4K, then you’ll need their Pro version.

Expect to find all the basic features of a solid video editor here including transitions, compositing and filters. Shotcut isn’t as fancy as other free Premiere Pro alternatives, such as DaVinci Resolve, but it will certainly get most jobs done.

Just like Lightworks, Shotcut works on Windows, Mac and Linux machines. And since the editor is open source, you will benefit from regular (sometimes weekly) updates and a range of language support.

As mentioned, Shotcut is free to download with no upsells or surprises to be found. So, why not give it a go yourself?

Get Shotcut For Free

1. What is the best Adobe Premiere Pro alternative?

I have to say FilmoraPro for this.

FilmoraPro costs a one-time fee of $149.99 – that means it works out cheaper than Premiere Pro after just 8 months use.

Not just that, but it has just as many features as Premiere Pro and works on both Windows and Mac systems.

2. What is the best free Adobe Premiere Pro alternative?

It has to be DaVinci Resolve.

DaVinci Resolve feels like a high-end, premium video editor without the cost – it almost does seem too good to be true!

So, that brings me to the end of this list of the best Premiere Pro alternatives. I hope it has given you some food for thought.

There are so many great options available, including my personal favorite FilmoraPro and the completely free DaVinci Resolve.

Let me know if you’ve got an alternative that I’ve missed from this list.

If you like the look for FilmoraPro, but think it may be to much for your needs, then have a look at Filmora. I’ve written a Filmora review, which goes into detail about the super cheap video editor that is packed with awesome features.

A former scientist turned side hustling teacher. I write bits and bobs about digital marketing.
Read my story to learn more about me. 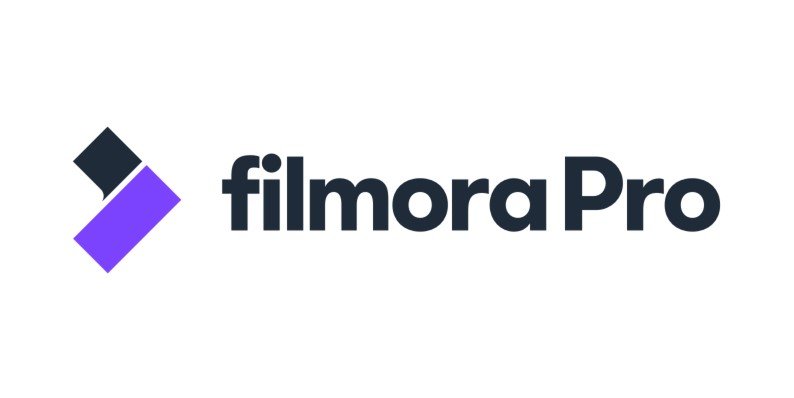