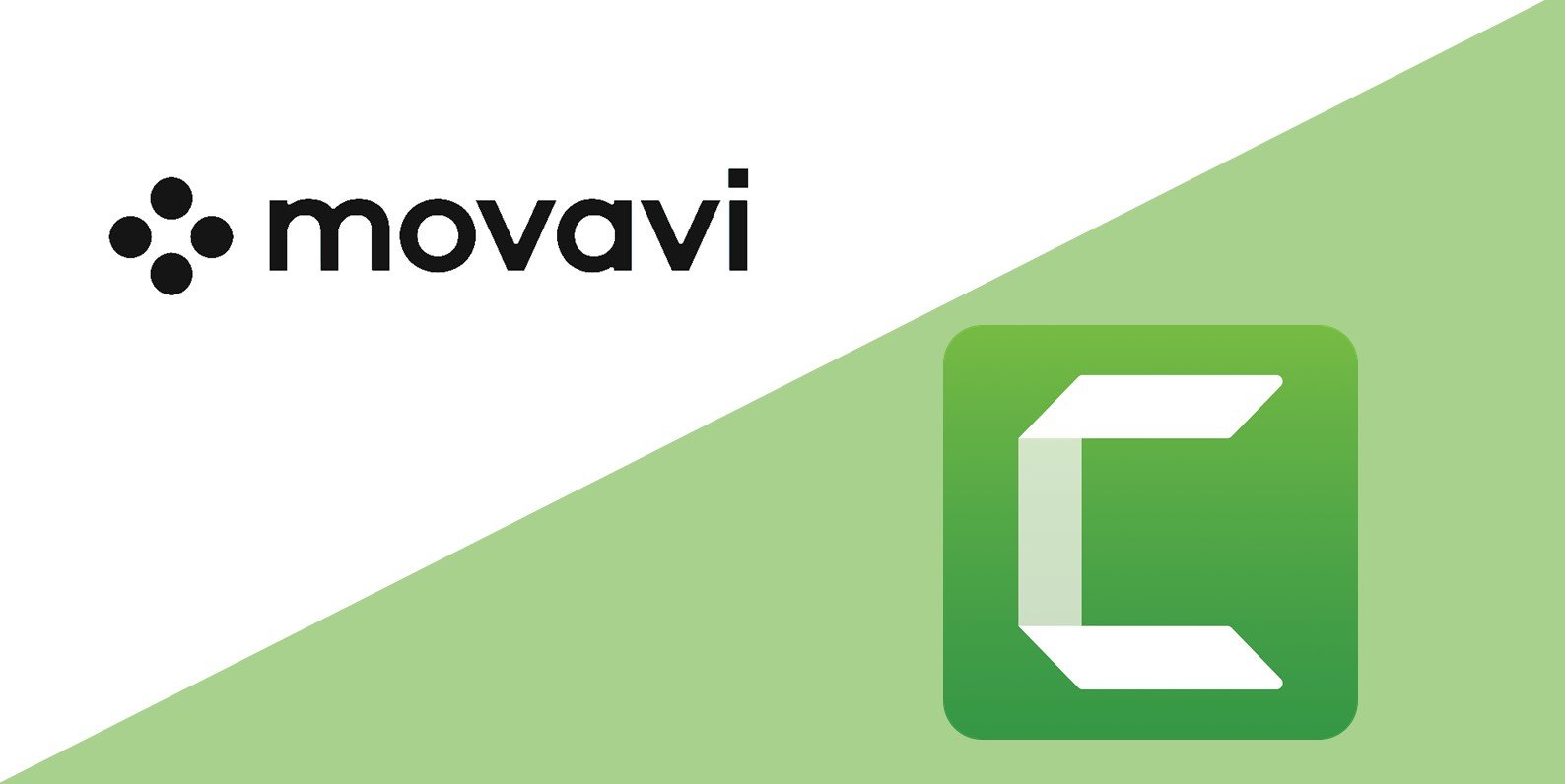 In this article, I’ll be putting the two video editor and screen recording heavyweights together in an ultimate Movavi vs Camtasia comparison.

Specifically, I’ll comparing the main features of the Movavi Video Suite and Camtasia.

Just a note before I start. The Movavi Video Suite includes the separate Video Editor and Screen Recorder softwares, which makes a fair comparison to the all-in-one Camtasia software.

If you’re in a rush, I’ve put together a comparison table for the main features of Movavi vs Camtasia.

Below the table, I’ll go into a bit more detail about some of these differences.

I think it’s quite appropriate to start this Movavi vs Camtasia comparison by seeing how the two software are priced.

If you prefer to purchase the Video Editor or Record Screen parts of the Suite separately, you can! This would be a cheaper approach if you just prefer the one software.

Camtasia is slightly more expensive, coming in at $249.99 for a lifetime licence.

It’s worth noting that you can also purchase their Maintenance plan at checkout (additional $49.75 per year). Doing this would mean you will always have access to the latest versions of Camtasia, with new versions usually being released yearly.

Let’s now switch the attention to the different transitions available with Movavi and Camtasia.

Movavi comes with 126 different transitions to play with.

These transitions range from the traditions fades, to the more modern zoom effects.

Overall, the transitions available in Movavi are pretty impressive.

It’s also worth noting that there are many more transitions to be found in the Movavi Effects Store (for an additional fee).

In the latest version of Camtasia (2021), there is now 121 different transitions to pick from.

I would say many of them are similar to the transitions found in Movavi, with very minor differences.

A selection of the transitions available in Camtasia 2021 can be found in the screenshot below.

💪 Winner = Draw
It’s too close to call; both have very good options

Both Movavi and Camtasia also come with some title templates for you to use.

Movavi has 48 different titles to play with.

Most titles are already animated, so you just have to adjust the text, animation speed and color.

Unfortunatley, it seems like you cannot edit the animations of the titles themselves.

I’ve included a snapshot of just a few titles available within Movavi.

On the face of it, the titles in Camtasia are not as visually appealing compared with Movavi’s.

However, you can manually edit the individual components of the title presets with Camtasia. This means you have more flexibility to tweak the animations to your needs.

Below are just a few examples of the lower-third titles that are included in Camtasia 2021.

If you want access to more titles, you can download separate packs from the Camtasia Assets Library (some are even free!).

Both Movavi and Camtasia have a video effects tab where you can really spice up your videos.

On the face of it, Camtasia has more effects (13) compared with Movavi (11) in their video effect sections. However, some of the effects in Movavi are actually accessible through different tabs. So, both software can do pretty much the same things.

The screenshot below shows what’s contains in the video effects tab of Movavi.

And the screenshot below is from Camtasia’s comparable tab.

You will find that Camtasia can Pan and Zoom, as well as add animations, they are just activated in a different way.

A big difference between the software is when it comes to color adjustments. Movavi has LUT support, whereas Camtasia doesn’t.

Also, Movavi has a Stabilization effect to smooth any shaky video footage. Camtasia on the hand, does not have such a feature.

💪 Winner = Movavi
Both software can do pretty much the same effects, but with LUT support, I think Movavi takes the edge

The main reason why I compared the Movavi Video Suite, instead of the Video Editor, to Camtasia is because the suite comes with a separate screen recorder.

So, keep in mind that Camtasia has a screen recorder built in, whereas with Movavi’s Video Suite you will have to open up their Screen Recorder software separately from the Video Editor.

Both screen recorders allow you to capture your:

When recording your screen with Movavi, you control everything through their basic recording panel, which attaches to the side of the screen.

If you want to record a webcam at the same time you can; however, the video will be placed in the corner of the video during the recording.

Movavi’s Record Screen panel will also let you take screenshots (PNG, BMP or JPG), whereas this is not possible in Camtasia.

When screen recording with Camtasia, you are presented with their simple recording bar.

It’s so easy to record with Camtasia, just check what you want to record and smash the big record button.

Unlike Movavi’s approach, recording the webcam simultaneously will not show during the recording. When this is opened in the sofware afterwards, the different media are placed on separate tracks, so you can control them independently.

💪 Winner = Camtasia
I prefer the recording experience with Camtasia, everything is smooth and easy to use

When your recording your screen, especially if you’re creating video tutorials, then you may want to add cursor effects to make your cursor easier to follow.

Both Movavi Screen Recorder and Camtasia come with some cursor effects.

In Movavi, you have to select the cursor effects before you start your recording.

For the effects, there are the following options:

In comparison, Camtasia’s cursor effects are added after the recording has taken place. It seems strange to do it this way, but it works very well!

In total there are 16 different effects that can be applied, including:

There are also separate options for the left- and right-mouse clicks, such as a ripple effect or playing a sound.

You can also remove the cursor completely.

When it comes to editing the audio on the timeline, both Movavi and Camtasia can do the following:

Here are the different options that are found in Movavi’s Audio Editing section.

A notable addition here is the Equalizer. Here you can select from a range of presets, or tweak your own settings, to really change the way the audio sounds.

And if you’re wondering want’s found in the Audio Effects, there are different audio masks that can be applied (e.g. Echo, High Pitch, Radio, Robot).

The screenshot below shows the different audio effects available within Camtasia.

A new addition in Camtasia 2021 is the Emphasize effect. You can use this effect to make voice overs stand out about background music without having to manually adjust the volumes of each track.

Let’s start by talking about the video export options for each software.

Movavi supports 15 different video formats! So if you’re wanting to export videos in an uncommon file type, you can guarantee Movavi will have you covered.

Camtasia, on the other hand, can only render videos as an MP4, WMV, AVI or GIF file.

I’ve summarized the different video formats supported by Movavi and Camtasia in the table below.

It’s the same story when it comes to exporting audio only files; Movavi has more options compared with Camtasia.

Specifically, Movavi can export audio in 5 different formats, whereas Camtasia can only export audio as an M4A file type.

In the tables below, I have included the minimum system requirements to run both the Movavi Video Suite and Camtasia on either a Windows or Mac machine.

If you’re editing high-quality videos (e.g. 4K), then you will want considerably more system power than what is quoted!

Movavi vs Camtasia: Which one should you buy?

And that brings me to the end of my Movavi vs Camtasia comparison.

For those that are still on the fence, here’s my recommendations.

Go for the Movavi Video Suite, or even the Movavi Video Editor, if your main focus is editing videos for say YouTube. The effects and transitions in the editor will certainly make your videos stand out, without having to put that much effort in.

Go for Camtasia if your primary goal is to record your screen and edit videos for tutorials. Creating educational content with Camtasia is the ultimate pairing, in my eyes anyway.

Don’t forget to try out both Movavi and Camtasia software with their free trials!

Be sure to let me know in the comments below which one your prefer.

If you like the look of Camtasia, then I’d recommend reading my Camtasia review where I explore it in more detail. For those that are preferring the Movavi Video Suite, then have a look at my Filmora review. Filmora is a cheaper, and probably better, alternative to the Movavi Video Editor.

A former scientist turned side-hustling blogger who enjoys writing about online marketing. Be sure to drop me a comment to say hi! 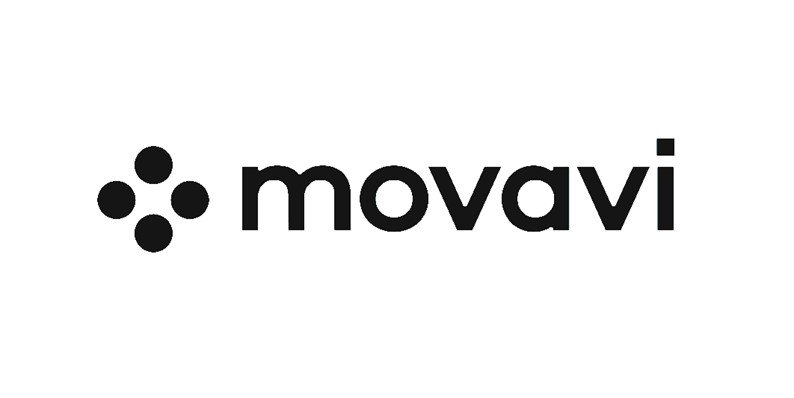