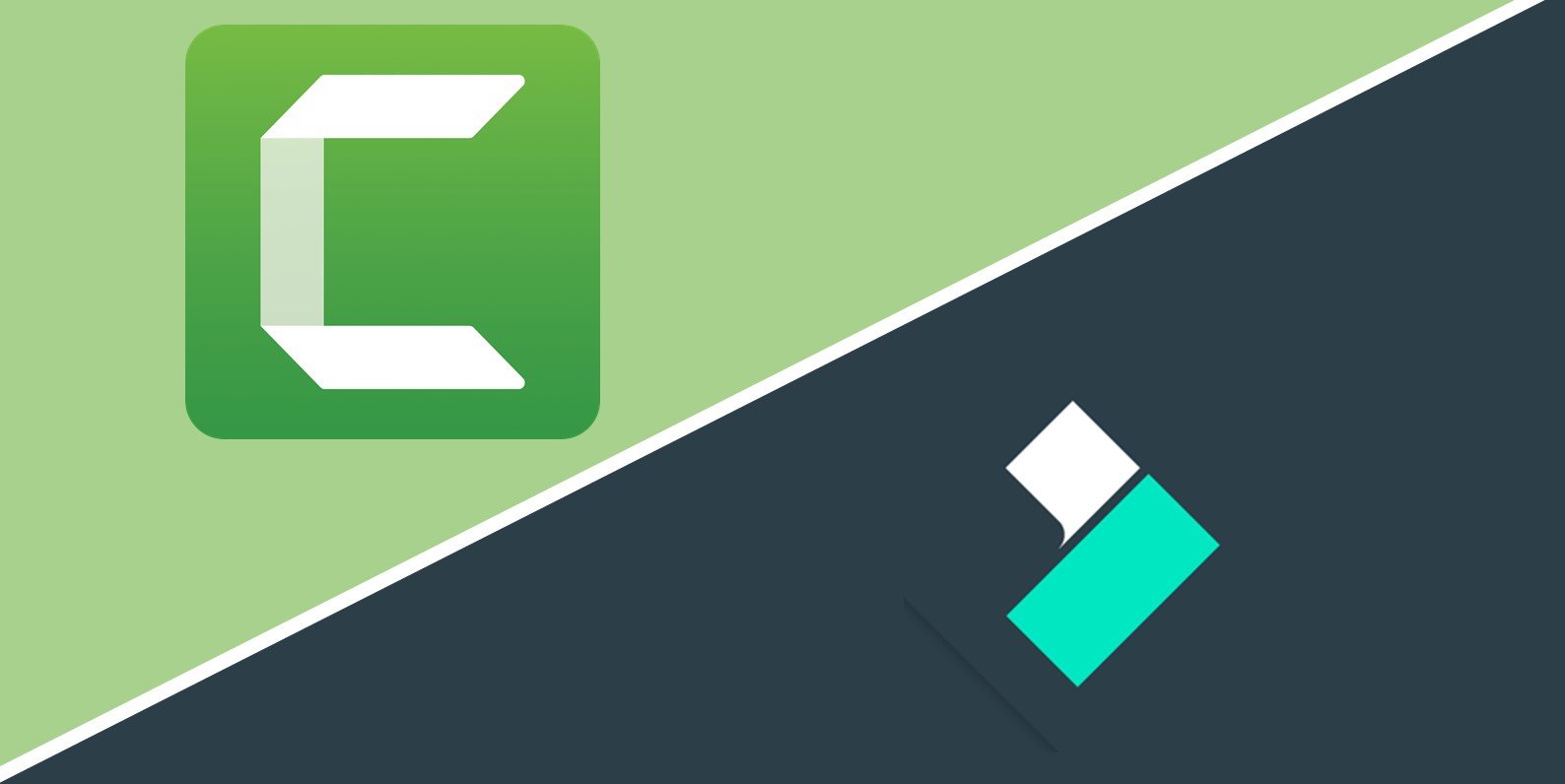 I’ve been a Camtasia user for many years now; however, I recently tried out Filmora to see how it compares, and I was pretty impressed!

So, this got me thinking about a Camtasia vs Filmora showdown.

In this article, I’ll compare the main features of the latest versions of Camtasia (Camtasia 2021) and Filmora (Filmora X) to see which one comes out on top.

Before I dive into the detailed comparison, I thought I would firstly give you an overview table that provides a quick glance at the differences between Camtasia and Filmora.

I’m going to start off this Camtasia vs Filmora comparison with a breakdown of perhaps the deal breaker for some – the cost.

It’s worth noting that both video editors have various price plans. I’ll just be comparing their most popular one-time fee option here.

Camtasia costs $249.99 for an individual licence.

If you’d like to receive future versions of Camtasia, you then need to purchase their Maintenance plan separately ($49.75 per year).

Alternatively, you can pay $49.99 per year to always have access to the latest version of Filmora.

Transitions are short animations that are commonly applied to the gap between two video clips.

Camtasia 2021 comes with a lot more transitions than the previous version. And it’s not just the amount of transitions that has improved, the quality of them is so much better!

To be honest, I only really use their Fade transition – I’m not very adventurous – but most of them look great and I can see YouTubers being attracted to these.

Filmora comes with 233 different transitions as standard, with more readily available via their FilmStock library.

But it’s not just the quantity that’s in Filmora’s favor, they also have far better looking transitions than Camtasia.

Take their Warp Zoom transitions, for example. These super slick animations give the appearance of zooming in or out quickly to blend into the next clip.

💪 Winner = Filmora
Filmora has a much higher number and better quality transitions, compared with Camtasia

If, like me, you’re not very creative, then you’ll likely want to use title presets to add high-quality text to your videos.

Both Camtasia and Filmora come with title presets as standard.

More title presets can be downloaded from the Camtasia Assets Library. Some require a paid subscription for access, whereas others are free!

Below are examples of some of the lower-third titles that are included in Camtasia 2020.

Filmora on the other hand comes with 276 different titles that are ready to use (some require an internet connection to download).

Additionally, more free and premium titles can be downloaded from their FilmStock library.

Within the video effects section of Camtasia, you will only find 13 different effects to use; examples include:

On the other hand, Filmora comes with 287 different video effects.

As well as having the ability to apply a green screen effect and adjust the clip speed, Filmora also has a motion tracking feature (you can see an example of this in my Filmora review).

The majority of effects are filters and overlays. These are presets that can change how your clips look by adjusting the colors and frames.

As well as being video editors, both Camtasia and Filmora have integrated screen recorders so you can capture your desktop or applications.

Both screen recorders allow you to capture your:

Below is a preview of Camtasia’s recording bar.

Filmora’s recording bar looks very similar to Camtasia’s, however, there are more options hidden away.

Here you will find options to record multiple monitors at the same time. This is possible in Camtasia, but it is not as straightforward.

A notable difference between the two software when it comes to screen recording is that Filmora saves the videos as an MP4 file, whereas Camtasia saves them as TREC files.

TREC files can only be opened with Camtasia, so this means you will have to use Camtasia to edit the files.

If you plan on recording your desktop, then you may want to add effects to your cursor so it is easy to follow.

In total there are 16 different effects that can be applied, including:

There are also separate options for the left- and right-mouse clicks such as a ripple effect or playing a sound.

You can also remove the cursor completely.

Filmora’s cursor effects are rather limited in comparison.

It’s only possible to show mouse clicks (with a green, yellow, red or purple ring) and play a sound upon the mouse click.

When it comes to editing the audio on the timeline, both software can do the basic effects:

Both Camtasia and Filmora can also remove unwanted background noise and apply an audio ducking effect; these are handy to use when you have voice overs in a video.

I would say that Filmora has more advanced audio editing abilities, since it includes the option to add and edit an equalizer. You can also adjust the pitch of audio tracks.

💪 Winner = Filmora
This was a close one, but Filmora just has the edge

When it comes to exporting your projects, either video or audio, each software has different options.

With Camtasia, you can only export videos as MP4, WMV, AVI or GIF formats, whereas Filmora supports 12 different formats.

Have a look at the table below for a summary of the different formats.

When it comes to exporting audio files, Camtasia can do this in M4A format, whereas Filmora supports MP3 only.

💪 Winner = Filmora
Both can export video in MP4, but Filmora has more options for those that need it

You’ll find the minimum system requirements for Camtasia and Filmora to run on Windows and Mac operating systems in the tables below.

Keep in mind that these are the absolute minimum requirements. It’s always best to have better hardware, especially when editing high-quality video files.

Camtasia vs Filmora: Which one should you get?

So I think it’s time for me to wrap up this Camtasia vs Filmora comparison by giving you some straight up advice.

You may be thinking, surely the winner is Filmora, it’s a no brainer – isn’t it?

Well, if your aim is to create video tutorials where you record your screen and add a voice over, then I recommend you go for Camtasia. It’s easier to use, and the cursor effects will certainly come in handy.

However, if you want to edit videos and add cool looking transitions, titles and effects (e.g. making a vlog for YouTube), then I would say go for Filmora.

It’s worth mentioning again that both software come with a free trial. So, don’t just take my word for it. Give them both a go yourself.

If you’ve decided to go with one over the other, let me know in the comments below. I’m always interested to hear what people think.

If you haven’t already noticed, I have previously written a detailed Camtasia review and Filmora review. So, if you like the look of either of these, my reviews should hopefully give you more information on what to expect.

A former scientist turned side-hustling blogger who enjoys writing about online marketing. Be sure to drop me a comment to say hi! 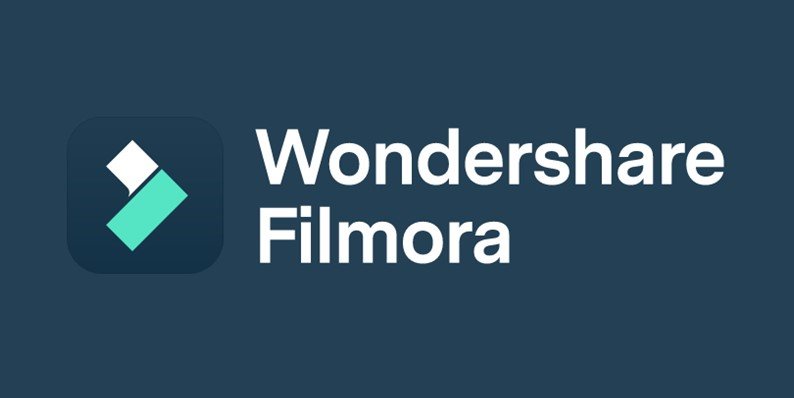 An amazing video editor for beginners!
TRY FOR FREE
1
1
SHARE